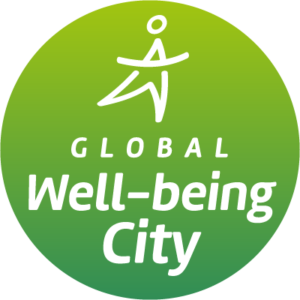 
The Global Well-being City standard is based on a similar management system to the Global Active City standard, but broadens the sphere of influence to include other action areas beyond physical activity. It encompasses more dimensions and drivers of well-being, such as healthy nutrition, mental well-being, personal coaching, culture and art.


The Active Well-being Initiative is concerned with individual health-enhancing behaviours in seven action areas.  People, organisations and cities may vary in their priority action areas, nonetheless a balance of opportunity for action is desirable across all seven areas. The action areas are interconnected and capacities or deficits in one action area may have a knock-on effect in another.