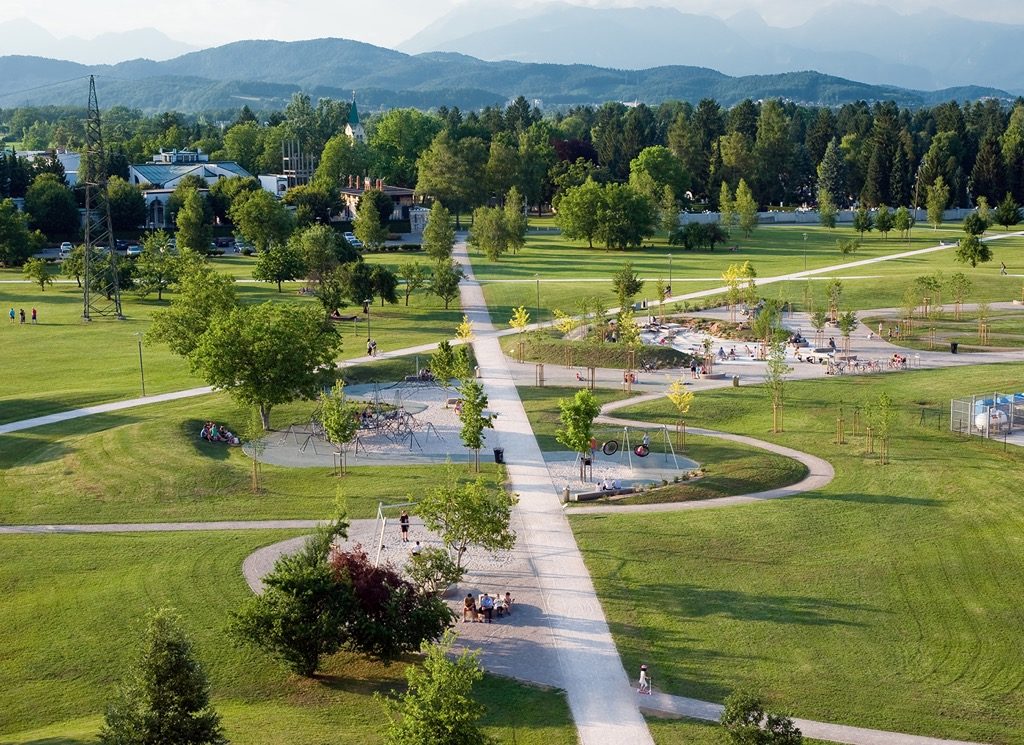 Our partner city in Slovenia has turned an unmanageable patch of land into a play area accessible to everyone. This beautiful playground in Ljubljana used to be home to a vast collection of informal and illegal allotment gardens – defined as green space in planning documents, but in reality out of public use.

Until 2007 the ground, next to the iconic Žale cemetery designed by Slovene architect Jože Plečnik, was described as a problem area. It had many garden beds and sheds belonging to a closed community of gardeners, and was difficult for others to use or even to walk across. Following a public consultation with local communities, the City of Ljubjlana decided to build a new park and playground. The mayor and vice mayor visited the site to explain the city’s new gardening policy to the allotment holders.

A professional team was employed to clear the area and protect trees from construction damage. Fruit trees were kept, new large trees were planted and a road bisecting the area was removed. Local architects LUZ were given a brief to design a play facility suitable for all ages and abilities.

It took eight years to transform the 130,000 square metre site into one of the city’s biggest and best playgrounds, which was named Šmartinski Park after a nearby road. Following requests from members of the public, running and scooter paths were created, alongside a curved hill with an assortment of slides; water and sand play; bike racks and a dog park. Recently a café has been added. For full details see an article on Landezine, the architectural website.