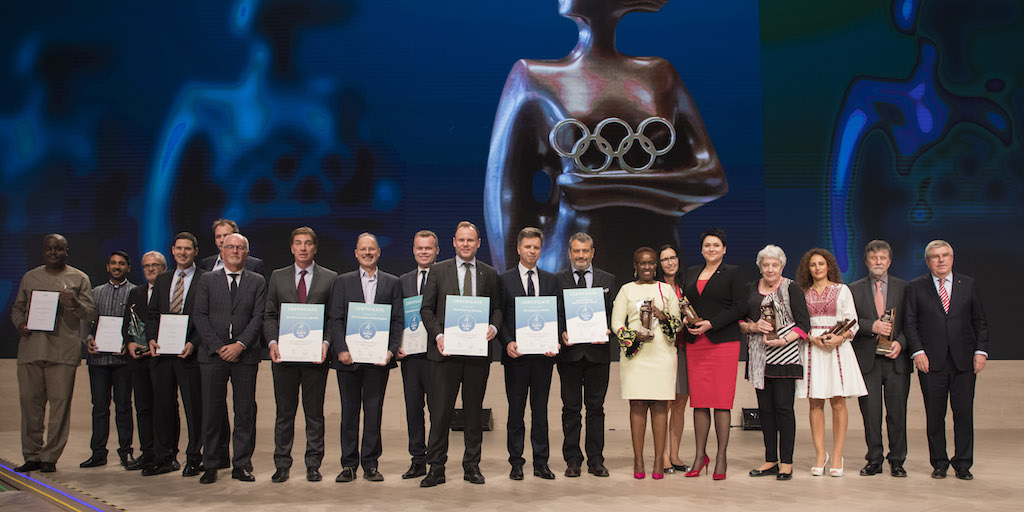 IOC President Thomas Bach (right) with all winners at the Olympism In Action Forum. Photography by Greg Martin/IOC.

The world’s first Global Active Cities were honoured at an awards ceremony as part of the opening celebrations for the Youth Olympic Games in Buenos Aires.

Thomas Bach, President of the IOC, said: “We have had confidence in the Global Active City programme from the outset. It is splendid to see how much the first cities have achieved for their residents while working towards Global Active City status. The Olympic Spirit lives well beyond the Olympic Games.”

The certificates were given to the cities by new NGO the Active Well-being Initiative, which manages the Global Active City programme. Mr Bach added: “Olympism inspires and connects people around the globe 365 days a year to build a better world through sport. Therefore, we are proud to support the Active Well-being Initiative. We share their vision that everyone has the opportunity to be active without any discrimination.”

Buenos Aires’ Global Active City strategy – Ciudad Activa – is one of the many legacies of the Games for the local population. After collecting the award on behalf of his city, Diego Santilli, Vice Mayor of Buenos Aires, said: “When Buenos Aires was chosen to host the Olympic Games, not only did we set out to realise that dream, but we also drew up a comprehensive programme to turn Buenos Aires into a more active city that promotes physical activity and improves the quality of life of residents.”

The Active Well-being Initiative was founded by Evaleo, a sustainable health association, and TAFISA, The Association For International Sport for All, with the support of the IOC. Anyone who wants to find out more is invited to a Global Active City Summit on 9 October, also in Buenos Aires.